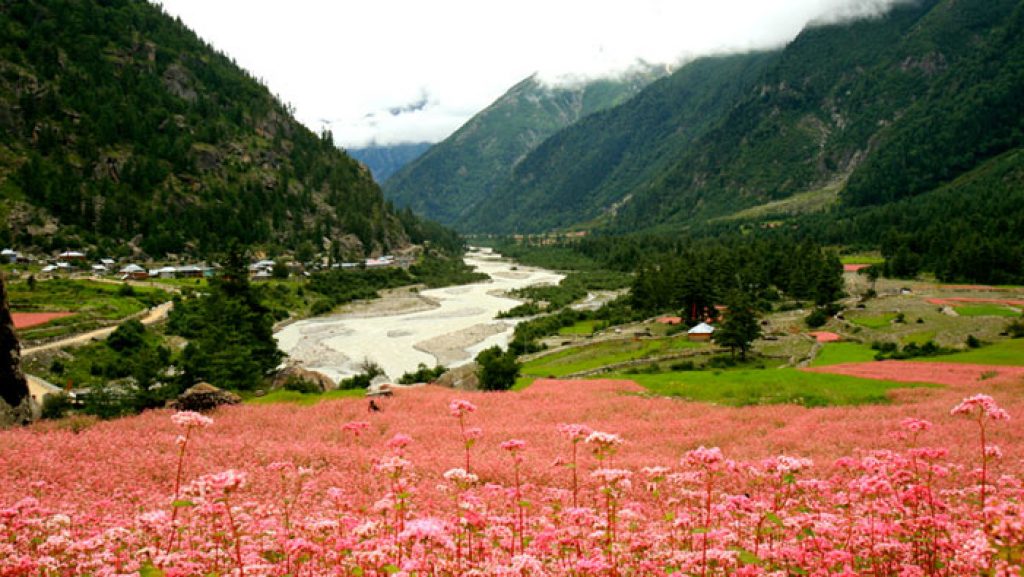 Arrival at Chandigarh Railway station /airport, pick up and transfer to Shimla. Upon arrival check in at hotel and rest.

Shimla, The `summer capital' of British India sprawls along a crescent-shaped ridge at an altitude of over 2100m in southern Himachal Pradesh. This was the most important hill station in India before Independence. Shimla was once part of the Nepalese kingdom and called Shyamala (another name for goddess Kali). The British ‘discovered’ it in 1819. The famous main street, The Mall, still runs along the crest of the ridge and is lined with stately English-looking houses. Christ Church, Gorton Castle and the fortress-like former Viceroyal Lodge reinforce the English flavour.

Morning Post Breakfast, we checkout and go on City Tour of Shimla including The Indian Institute Of Advanced Studies, Christ Church is Situated on the Ridge is Christ Church, which is the second oldest church in Northern India. It has a very majestic appearance and inside there are stained glass windows which represent faith, hope, charity, fortitude, patience and humility and Jakhu Temple dedicated to the monkey god Hanuman. It's located near the highest point of the ridge and offers fine views of the town, surrounding valley and snow-capped peaks. Other scenic spots nearby include the 67m high Chadwick Falls, the picnic spot of Prospect Hill, and Wildflower Hall – the site of the former mansion of Lord `Your-Country-Needs-You' Kitchener. Overnight at Shimla

After bareakfast check out and leave for Sarahan, the gateway to Kinnaur (175 kms.) en route visit  Rampur and view Padam Palace. Continue drive along the Satluj river and from Jeori, climb up to Sarahan. On arrival check in the hotel. In the evening, visit- the famous Bhimakali temple. Night halt at Sarahan.

Afterakfast check out and drive to Sangla (95 Kms.- 4 Hrs.) which has earned distinction of one of the most beautiful valleys in the Himachal. Upon arrival at Sangla visit- Kamru village and make a small walk to visit Kamru Fort which has a temple dedicated to Kamaksha Devi. Thereafter check in at camp. Rest of day will be free to relax and enjoy the pristine beauty of Sangla valley. Night halt in a camp at Sangla.

After breakfast, leave for an excursion tour, visiting the picturesque village of Chitkul (3450 mtrs.) This is the last village on the old Indo-Tibetan trade route. Return back to Sangla. Night halt in a camp at Sangla.

After breakfast, leave for Kalpa (50 kms.- 3 Hrs.) Enroute visit the monastery in Reckong- Peo with a 60 ft tall statue of Buddha. Further drive to Kalpa. On arrival check in hotel. The view of Kinner Kailash 6050 meters will be an enchanting site here in Kalpa. After lunch, visit- Roghi village, which has traditionally built Kinnauri houses. In the evening walk around the Kalpa village. Night halt at Kalpa.

Check out an early breakfast, depart for Kaza (210 kms.- 7 Hrs.) leaving behind verdant, forest clad mountains as you go over the tree line towards the Spiti region. Enroute visit the picturesque Nako Lake. The terrain will leave you breathless and speechless. You will experience Rock-hard Desert Mountains, torrential rivers and icy cold winds. Reach Kaza. Check in the hotel. Evening will be at leisure. Night halt at Kaza.

After an early breakfast, drive down to Tabo and visit Tabo Gompa, reputed to be the oldest (an inscription on a wall here indicates, it was founded in AD 996) continuously functioning Buddhist monastery in India and the Himalayas, with its original decoration and iconographic program intact. Further move on to see Dhankar monastery. Dhankar, the traditional capital of Spiti, sits pretty on a hilltop. The fort here overlooks the Spiti valley and it was used as a jail in olden days. Today, more than 160 lamas reside here. A statue of Dhyan Budha where four complete figures of Budha sit back to back is the main attraction of this more than seven-century old monastery. Return back to Kaza. Night halt at Kaza.

After breakfast, leave to visit Pin Valley (declared a national park in 1987, Pin Valley is located in the cold desert region of the Spiti valley. With its snow laden unexplored higher reaches and slopes, the Park forms a natural habitat for a number of endangered animals including the Snow Leopard and Siberian Ibex. The elevation of the Park ranges from about 3,500 Mtrs. To over 6,000 Mtrs. near KaDogri at its highest point. Because of its high altitude and extreme temperatures, the vegetation in the area is scant and mostly dominated by alpine trees, patches of Himalayan cedar and smatterings of several medicinal plants. In summer, flowers decorate the valley with startling hues. Along with animals, rare birds like the Himalayan Snow Cock, Chukor, Snow Partridge and the Tibet Snow Finch also flourish in the area. Night halt at Kaza.

After breakfast, visit Ki monastery and Kibber village. Ki gompa is a Gelugpa sect monastery. Its hilltop position points to a post-thirteenth century construction. The three storied structure consists largely of storage rooms at the bottom level, while the middle floor houses the Dukhang- the assembly hall- and the uppermost floor has another temple and the head Lama’s quarters, on one side of an open terrace. The greatest wealth of Ki Gompa lies in its collection of ‘Thangkas’ salvaged with difficulty from the devastating raids of the Dogars and the Sikhs in the 19th century.

From here a scenic drive takes you into the pasture country of Kibber. The pastures are spread over hundreds of square kilometres. Kibber is small village and is the take off point for the popular trek to Tso Moriri in Ladakh. Further up six kilometers from Kibber, drive up to a still smaller village of Gate. Consisting of just six houses, it boasts of being the highest village in Asia connected by road. Drive back Kaza for lunch. Night halt at Kaza.

Check out and drop at Chandigarh railway station to close some “Melodious Memories" of Himachal's Culture, Tradition, Cuisine, Living Standard and many more 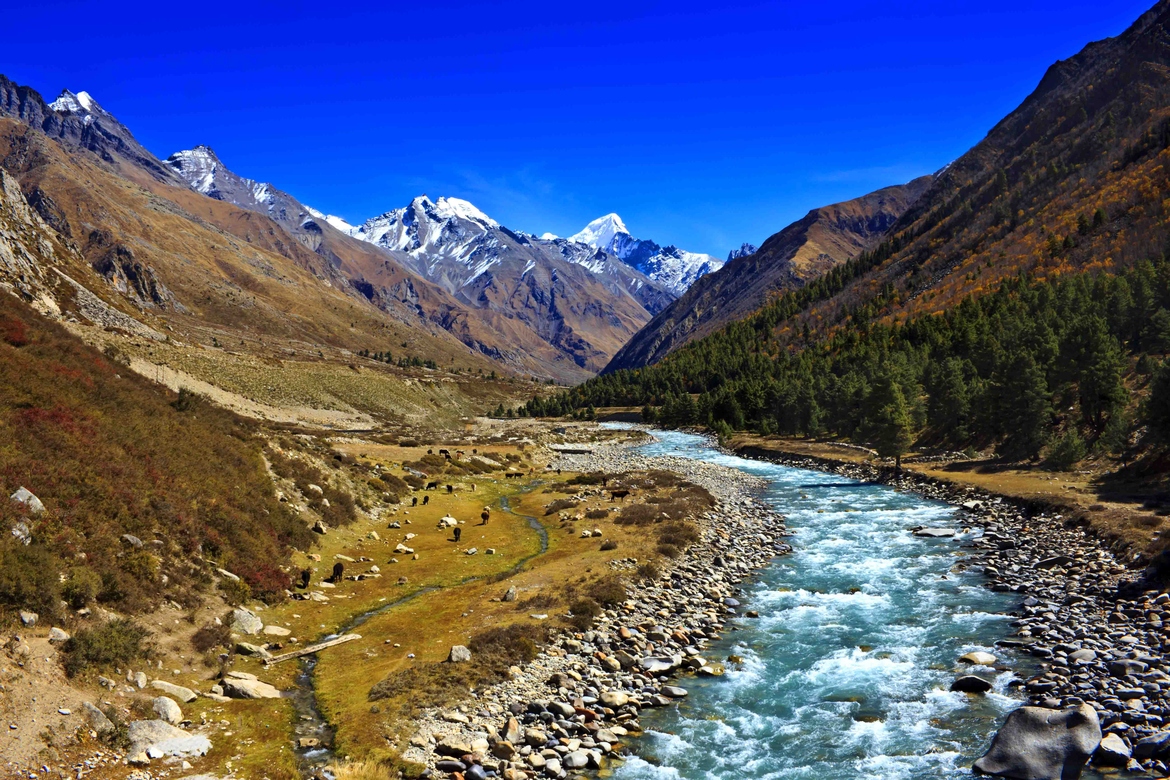 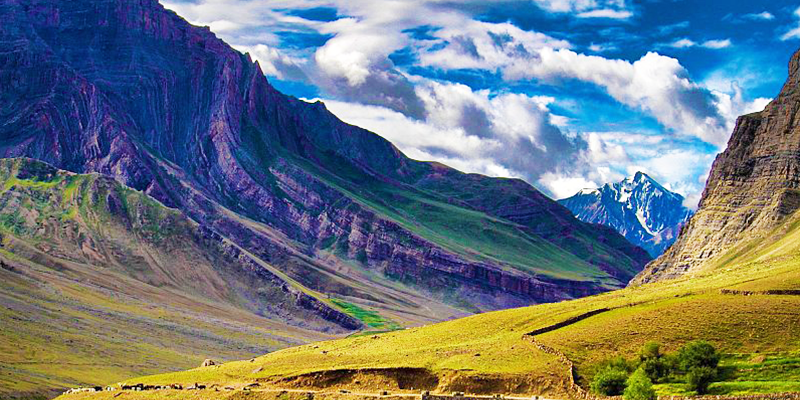