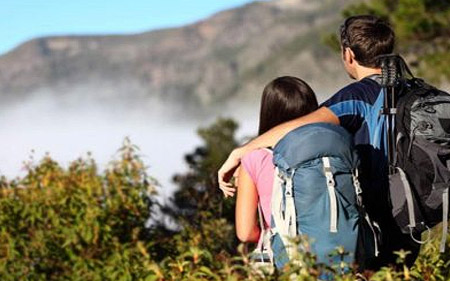 Nanital is popular for Honeymooners and nature lovers. One of the most beautiful tourist destinations in Uttarakhand, Nainital, which is nestled amidst the Kumaon Hills. Almora, Mussoorie, Nainital, Bageshwar and Dehradun are a popular escape of the city dwellers during summer. Picturesque hill towns like Ranikhet, Mukteshwar and Kausani are popular for guests

Arrival at Delhi,met by our representative and transfer to Nainital(322 kms/7 hours). Nainital is a town in the Indian state of Uttarakhand and headquarters of Nainital district in the Kumaon foothills of the outer Himalayas. Situated at an altitude of 1,938 metres (6,358 feet) above sea level, Nainital is set in a valley containing a pear-shaped lake, approximately two miles in circumference, and surrounded by mountains, of which the highest are Naina (2,615 m (8,579 ft)) on the north, Deopatha (2,438 m (7,999 ft)) on the west, and Ayarpatha (2,278 m (7,474 ft) on the south,evening free for leisureCheck in at a hotel,dinner and overnight stay at hotel.

After breakfast,go out for an excursion trip to Ranikhet. Ranikhet is a hill station and cantonment town in Almora district in the Indian state of Uttarakhand. Ranikhet is at an altitude of 1829 metres above sea level and within sight of the western peaks of the Himalayas.Ranikhet gets its name, which mean Queen’s meadow in English, from a legend that an Indian queen visited the site and built herself a palace here, though no palace exists in the area. In 1869, the British established the headquarters of the Kumaon regiment here and used the station as a retreat from the heat of the Indian summer. Ranikhet is a cantonment town and is the home for the Kumaon (KRC)& Naga regiment and is maintained by the Indian Army.Visit Upat,Kalika and Chaubatia in Ranikhet.Upat and Kabika is a delight for golfers having one of the best 9 hole golf course links in the country,Upat is a famous attraction in Ranikhet,located in the vicinity of Upat is the temple of Goddess Kali,which is worth paying a visit during a tour to Ranikhet,Chaubatia is a home to many fruit orchards,gardens and the government fruit research centre,it is equally famous for its enchanting views of Himalayas,dinner and overnight stay at hotel.

After breakfast ,go out for local sightseeing including Naukuchiatal,Sattaal,Bhimtal.Dinner and overnight stay at hotel.